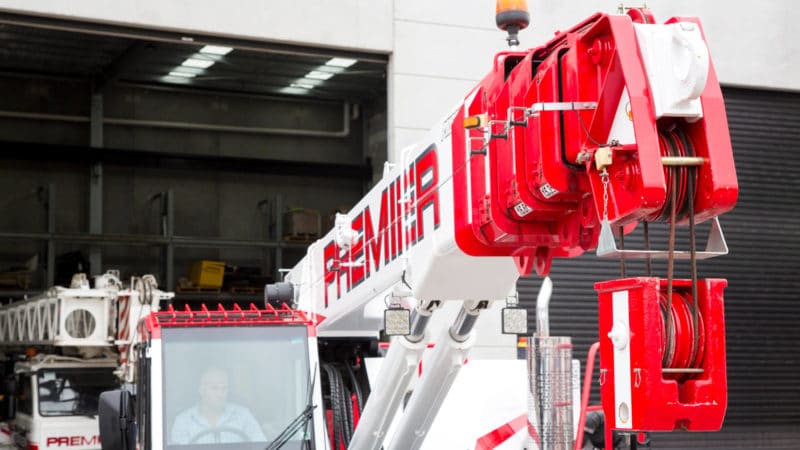 Cranes serve an essential role in construction. These, often large, machines lift, lower, and transport heavy objects. Cranes come in different forms for different functions. They can be fixed to the ground and stationary (such as tower cranes), or they can be mobile, typically mounted on a truck (such as boom or loader cranes). However, all crane types share similar machinery and hardware such as pulleys chains and wire ropes to move loads horizontally or vertically.

Stationary cranes, like the familiar tower or overhead crane, are often used in permanent or long-term construction sites as well as for very tall structures. Meanwhile, the more common cranes like those on loaders or boom trucks are more versatile machines with greater reach and mobility. These latter cranes may also feature telescopic booms that can extend or retract.

How do these great big machines work? How are they capable of moving and supporting enormous loads without collapsing or falling over?

The earliest known cranes emerged In Ancient Greece and were powered by beasts of burden or human effort. Although lacking the technological advancements of their modern counterparts, these primitive cranes shared the same principle: a load can be easily lifted if it is placed on the long end of a beam on a pivot point with a counterweight on the shorter end.

The Parts of a Crane

Cranes are a wonder of precision engineering, moving great and hefty objects with seeming ease. Whether a crane is fixed to the ground or mounted on a vehicle, it will feature similar fundamental parts that function on the same principles. Any variations will typically only come in size, length, and specialised functions. Here is an overview of the different parts of a boom crane.

1) Crane cabin – the crane cabin houses the crane’s various control systems, electronics, as well as its operator. In tower cranes, the cabin. An operator would then control the crane using joysticks and foot pedals.

2) Boom – the boom is the distinct long metal arm that gives a crane its reach and verticality. Booms can be either fixed in length or telescopic.

3) Jib – The jib is the metal lattice structure connected to the end of a cranes boom arm. Jibs can give cranes additional reach and better mobility.

5) Hook block- If the boom is the crane’s arm, then the hook block is the hand. The hook (or hooks) connects the loaf to the jib or boom while the attached metal block keeps cables taut when no loads are applied.

6) Cables – The muscles of the crane, robust wires run the entire length of a crane. These wires include the hoist rope, winch rope, lines, and so on. Depending on the type of crane and wire, cables can support loads of up to 140,000 pounds.

7) Counterweights – Counterweights balance, stabilise and supplement the weight of a crane so that it does not rupture or topple when lifting heavy loads.

8) Outriggers – outriggers are extendable supports to stabilise a crane, particularly mounted cranes, further. These supports utilise hydraulic arms to level the crane as it shifts gigantic loads to and fro.